NOT what your book taught you!

Introduce yourself and meet others in Serbian

Learn all about the real-life introductions in Serbian: how to say what’s your name, how to introduce yourself and meet others in Serbia. How to say “nice to meet you” or “pleased to meet you”, and how to respond in Serbian language.

This is NOT a natural way of introducing yourself in Serbian! Please, do not ask others “Kako se zoveš”!

Watch this video to learn how to say what’s your name in Serbian and how to ask others about their names. Also, how to start a conversation with a new girl or guy you’ve just met in Serbia.

/Transcript of the video/

This video is about introductions: how to introduce yourself and how to ask someone else about their name – how to say what’s your name in Serbian.

What your book taught you about introductions in Serbian

First, let’s see what your book taught you. „Kako se zoveš?“ is a question to ask about someone’s name, „What’s your name?“ or literally „How are you named?“

The verb zvati se means ‘to be named’. It’s the same like in Italian (mi chiamo) or in Spanish (me llamo), in French (je m’appelle), and so on.

„Kako se zoveš?“ is a question about someone’s name.

Possible answers to the question “what’s your name” your Serbian book gave you are these:

So, your book taught you three options to say your name in Serbian language: „Zovem se …“, „Moje ime je…“ and „Ja sam…“.

That structure is imported from the English language, I believe, and it’s not natural. We don’t ever use it. We never say „Moje ime je…“

Another possible question: „A vi ste…?“ (And you are…?) or „A ko ste vi?“ (And who are you?) that would be sort of rude. In this way you’re saying „Who the hell are you?“ Even though it’s formal, it shows despise towards the other person.

How we actually ask what’s your name in Serbian language

So how do we actually meet other people? How do we ask what’s your name in Serbian? There are few possibilities when we are in the situation to ask someone about their name.

The 1st situation to use introductions

The first situation how we meet other people is that we normally meet others through someone else. You know, there’s someone you know and someone you don’t know, and that’s how you meet a new person. And what happens is that we just shake hands and say only our names. Only names!

The 2nd situation to meet someone in Serbia

The second possibility, the second option is meeting someone in a train, which is a bit old-fashioned, like let’s say on a plane, or in a situation where you’re waiting with another person for something to end, and you just start a small talk with them. Or if you’re hitting on a girl!

How this happens? We never approach a person asking about their name. That’s rude, don’t do that!

What we do is that we actually start a small talk. For example, if you’re in a waiting room with someone, first you start a small talk with them, you comment on the weather, on waiting, or anything that’s irrelevant, anything that’s not personal. And then if the person is interested, they will answer, and you will start talking to each other, and then if it gets serious and you see that the other person is really interested in talking to you, you will stop and say: „O, nismo se ni upoznali!“ (Oh, we haven’t even introduced) and then a handshake, „Ja sam Magdalena“, and the other person says their name.

The 3rd situation to ask what’s your name in Serbian

The third situation where you can ask someone about their name is when you meet someone that you’ve already met before but you forgot what their name was. Then you will say: „Izvini, kako se beše zoveš?“ (I’m sorry, what was your name again?) In this sentence the word „beše“ shows that we know we’ve heard it before, but we forgot. That’s what the word „beše“ stands for.

And I’m not going to… all right, maybe I could explain a little bit of grammar. That’s one of the very rare situations when we use „imperfekat“ – that’s verb to be in imperfect past tense.

All right guys, so please do not ask other people „Kako se zoveš?“, it’s  kind of rude.

Instead, you should offer your name and a handshake. And the other person will accept your handshake and tell their name in return.

After that you can follow with „Drago mi je“. But if the other person first says „Drago mi je“, do not repeat that! Instead, you shouold say „Takođe“ (likewise) or „I meni“ (to me too).

Ending a conversation in the Serbian language

There are three other options I want to tell you about today:

„Drago mi je što smo se upoznali“, and you can add some words to that to emphasize and say:

These three variants of one phrase are used at the very end of our conversation, so when we’re leaving. We’ve met someone new, we’ve talked to them, we’ve spent some time together, and then we’re shaking hands and we’re leaving, and we say „Drago mi je što smo se upoznali, ćao, vidimo se, čujemo se“ and other things that you’ve learned in the previous video about saying goodbye.

So that’s how you actually introduce yourself and ask what’s your name in Serbian – or when you don’t ask others about their names.

Thank you for watching the Natural Serbian videos, if you find them useful, if you find this video useful, please share it with your friends on the social networks that you use.

10 Ways to Say Goodbye in Serbia

How to say goodbye in Serbian? You’ll find “doviđenja” in any dictionary. But that’s hardly the only word we can say when leaving! There are many other expressions used in different situations. 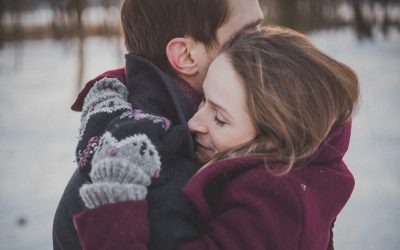 More than ”10 Ways to Say Hello in Serbian”

Wondering how to say hello in Serbian? You’ll find “dobar dan” in any dictionary. But that’s hardly the only way! Learn 10 Serbian greetings and practical tips when to use each.