When you first learn the future tense in Serbian and Croatian, it looks pretty simple and straightforward. It is only later that you realize how many different shapes it can take. How to make sense of all those forms.

The Basic Future Tense in Serbian and Croatian

The future tense in Serbian and Croatian is formed of two parts. The first is the verb hteti as a helping verb, and the second is the infinitive of the main verb. (Read more about the verb hteti here.)

To form the future tense, we just use the short forms of the verb hteti and an infinitive:

But then you’ll soon learn the other way to formulate that: by moving the helping verb in the end of the main verb. In this verb, for example, we lose –ti to get čita– and add the clitic to the end: čitaću.

These two future tense forms have exactly the same meaning. The second form is contracted, or shortened, just like we contract “I will” to “I’ll” in English.

What happens is that, if we remove “ja” and we don’t use a word before the future tense, then this little word “ću” will change its place. The little word, because it’s a clitic (meaning that it’s pronounced without stress), goes to the end of the word. The infinitive drops the -ti and the clitic is attached to the main word.

This goes for all the verbs ending in -ti:

Again, the meaning of these forms is exactly the same. „Ja ću doći” is the full form, and „Doći ću” contracted form.

For verbs that end in -ći we just reverse the word order, but we don’t delete anything and we write it as two words.

And that goes for all the verbs with infinitive in -ći.

This construction of the Future Tense (the present tense of the verb hteti and the infinitive of the main verb) is typical for the Slavic languages.

However, in conversational Serbian, a different future tense is widespread today.

The Balkan’s Future Tense in Serbian

Many languages in the Balkans share some common features. That’s known as the Balkan Sprachbund. One of these features is this commonly used feature tense in spoken Serbian. It must be noted that this future tense is not accepted in standard Croatian.

To form this future tense, we use the same helping verb, but instead of the infinitive, we use the conjunction da with the main verb in the present tense.

So we actually conjugate both the auxiliary verb hteti and the main verb in the present tense, to form the future tense.

And it’s not just in the future tense, you will actually see in other instances that infinitive is often replaced by da + present tense. This is actually a typical feature of the Balkan language area, not just Serbian. For example, in Modern Greek you don’t have infinitive at all, you only have the construction with the present tense: Θέλω να πάω, και θα πάω. (Hoću da idem, i ću idem.)

The truth is that The Balkan’s Future Tense was seen as a bad way of speaking by many linguists and prescriptivists. However, in the modern Serbian language, it has become widespread. We use it a lot. You will even hear it on television, read it in books, it’s everywhere. It’s become a norm and eventually it’s even been adopted to the standard Serbian as well.

In Croatian, only the Slavic future is accepted in the Standard language. In Serbia, both future tenses are acceptable and equally used. Both belong to the standard Serbian.

However, there is a slight difference between the regions of Serbia. The southern Serbia and central Serbia, including Belgrade, will probably use more of this Balkan’s future tense.

Here in the north, in Vojvodina, however we use the Slavic future and the infinitive more.

The Kajkavian Future Tense in Croatian

If you have friends in or around Zagreb, you will hear a different future tense which will remind you of the Russian future, if you know the Russian language.

This future tense is typical for the Kajkavian dialect spoken in Zagorje, a region close to Slovenia and similar to Slovenian. In Zagreb they actually speak a mixture of this dialect and standard štokavian.

So in Zagreb you will hear this future tense consisting of two parts:

For example, when I got my vaccine, my friend Nataša from Zagreb asked me:

However this is only in speaking, it is not standard Croatina. But this Kajkavian future tense actually reminds us of another future tense in standard Serbo-Croatian, Future 2nd.

This is a conditional future, it reminds us of the Kajkavian future, but it’s different: it’s the same in the Serbian and Croatian standard, and it’s not self-sufficient.

We use it to express the event that will happen before some other event in the future, or a condition to fulfill.

We call it like some king: Futur Drugi, Future the Second. J

We form it from the perfective aspect of the verb to be, as the helping verb, and the past participle of the main verb:

The idea and the meaning are somewhat similar to the future perfect tense in English:
“When you come, I will have gone already!”
But we use it a bit differently:

This is different from the Kajkavian future in colloquial Croatian, where we use budem došla to express normal future, not the conditional one or the future perfect.

In the grammar books you will read that we can’t use a clitic at the beginning of the sentence and we have to put one word before the clitic. Meanwhile in central and south Serbia in speaking we actually do the opposite. You will hear people say:

Additionally, in central and south Serbia, you will hear people use this future even without da:

This is exactly like in the Greek language. But in Serbian this is dialectal and it is not acceptable in the standard language. That’s why I’ve always found the Greek future tense amusing: Θα διαβάζω translates litterally as „ću čitam“, and it’s funny. J

These are all shapes of the future tense in the Serbian and Croatian language, and pardon me for using the old term Serbo-Croatian. I hope that now you’ve got a clearer picture. If not, I suggest going back to the beginning of the article, with a notebook and a pencil in your hand. Write them all down, with your own examples. And if you prefer to learn with live conversation, join our small group lessons at Serbonika. 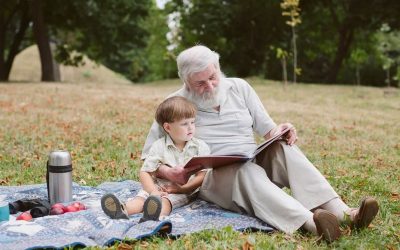 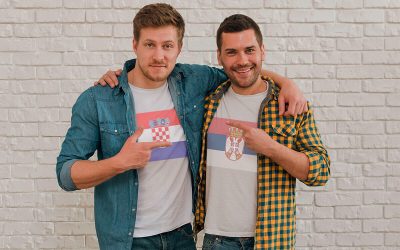 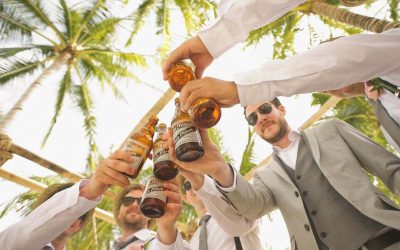 The Languages of Ex Yugoslavia: an Intimate Experience

How different are the languages of ex Yugoslavia? Are Serbian Croatian Bosnian and Montenegrin the same language? What about Slovenian and Macedonian?