Hot Serbian Summer: 8 things you need to survive the heat in Serbia

Serbian summer is short, but hot. One month is scalding hot. There are 8 things that will help you survive the heat of the Serbian summer, and actually enjoy it.

Now that you’ve learned how to order in Serbian restaurants and cafes, you’re ready to come to Serbia. But not before you learn what’s the Serbian summer like and what are the best ways to fight the heat in a Serbia.

By the end of May we’re looking forward to the summer, and at the beginning of September we realize that it’s already gone. It always feels short. Except when a warm September extends deep into October. That’s what we call „Miholjsko leto“ (Indian summer). It’s my favorite season.

To make it even worse, asphalt and concrete in the cities absorb and increase the heat. The hottest month is July. The highest temperatures measured are between 37 and 42 degrees Celsius. (That’s about 99 and 108 degrees Fahrenheit.) Summer in Serbia can be scalding hot.

At the same time, the temperatures in the mountains are about 10 degrees Celsius lower. (Between 82 and 93 Fahrenheit.) So we look for relief in the mountains or countryside, by rivers or lakes, and in parks. Luckily, every major city in Serbia lies by a river.

Letovanje, our summer vacation, is normally only 10-15 days long. Letnji raspust (summer holiday for school children) starts in June and ends on September 1st. That leaves us with three hot months we need to get through with idle children. Consequently, we had to develop tactics to cope with the climate.

8 things you need during summer in Serbia

Here are 8 ideas that will help you survive the heat of a Serbian summer, in cities and in the countryside. They’re the best if you combine them:

I hope you’ll find a good „fat shade“ in Serbia this summer. Debela hladovina with an ice cold beer in one hand and a book in the other while watching my child splash – that’s my priceless combination to enjoy the heat. 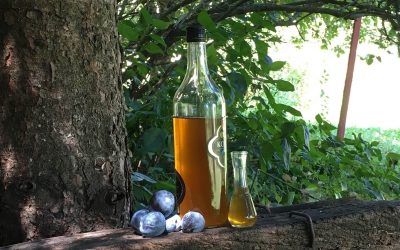 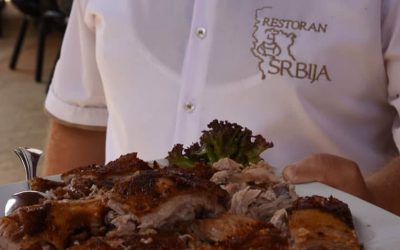 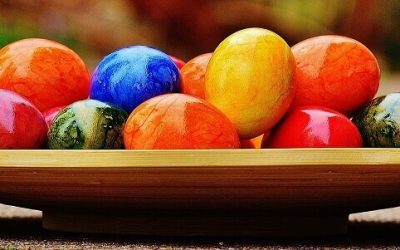 Easter in Serbia is a fun experience: cracking eggs and saying special greetings. Are you visiting Serbia for Easter Holidays? Learn how to greet your friends and family like a local!